As a scholar studying in the field of Geography, I’ve heard time and time again in my graduate student seminars that “Geography matters.”  I mostly took this as the field’s plea to justify its presence in the academy.  Many have written on Geography’s battle for relevance and distinction in academic institutions (Massey 1999).  But, I don’t want to rehash an Intro to Geography seminar, so I will not weigh in on that conversation here.  Instead, I want to talk about where I actually learned that geography matters, which was not in a Eurocentric seminar that retold the glorified stories of racist, colonizing white men, as Geography intro courses commonly do.  While interning this summer at the Center for Race, Poverty, and the Environment, I learned why geography matters for different reasons than these courses emphasize. Geography allows for a place-based understanding of injustices and thus a place-based understanding of solutions.

Learning through practice: Center on Race, Poverty, and the Environment & San Joaquin Valley

For most of the United States, the summer of 2017 has been turbulent, to say the least, as the country finds itself perilously politically and socially divided.  Many marginalized communities feel they are under political and personal attack. In the summer of 2017, I was a fellow at the Center on Race, Poverty, and the Environment (CRPE). CRPE is an environmental justice organization that is rooted in California’s San Joaquin Valley.  In practice, this means that the organization focuses its work on the environmental justice needs of communities in the San Joaquin Valley.

The geography of the San Joaquin Valley brings a unique slurry of environmental burdens and a particular mixture of populations.  The location of the Valley leaves it vulnerable to air pollution floating in from surrounding cities, such as Los Angeles to the south.  But this is not the only source of environmental pollutants.  Agriculture and oil and gas extraction and processing are large and active industries in the Valley.  Not only is there acute exposure because of the presence of industry, but also because it is a valley, pollution hovers over the region, enclosed by the surrounding hills.  The region has some of the worst air quality in the country (CalEnviroScreen 3.0).  Additionally, this area holds a large number of prisons and the deadliest police department per capita, according to a series in the Guardian (Swaine and Laughland 2015).  The industries here require labor.  Most of the farmworkers and other laborers are immigrants, a group that has recently faced a lot of attack from policy in this country. Many communities in this area have been historically overburdened and under-represented in the environmental decision-making process.

This is where I realized the significance of geography in advocacy work.  Every community has its own problem space, and familiarity and consideration of the context of communities add something to the work.  A place-based approach to advocacy allows CRPE the opportunity to become familiar with the unique needs of these communities in a sustainable way.

Previously when I discussed geography in my research, I referenced it as the part of the creation of the problem.  I had not quite grasped how geography mattered for solutions.  My research is focused on environmental justice communities in Southeast Texas, where I call home, particularly Houston and Port Arthur.  How geography plays a role in the vulnerability of these communities was brought to the world’s attention as Hurricane Harvey brought record breaking rainfall and flooding.  Many other factors play into environmental injustice in this area beyond large-scale climate change.  Located on the eastern end of Cancer Alley, this area is where many refineries, chemical plants and other oil and gas processing facilities are located, including the largest refinery in the country.  These facilities are often located near Latinx and Black communities that have been historically marginalized.

My new geographic lens helps me to see how place-based initiatives can be effective in environmental justice policy.  Much of environmental justice policy applies a standardized approach across many areas.  This contrasts with the great variation in geography, history, and political economy that has created the issues in many communities.  There are generalizations that can be made, of course, such as a push for equality and improved environments and livelihood.  But the roll out and methods of attainment would likely be different based on the geography of a community.  This summer with CRPE provided me the opportunity to witness first hand the unique, place-based plight of environmental justice communities.  The unique nature of places of environmental injustice calls for radical and place-based solutions and remediation that push beyond a standardized, a geographical approach.

Massey, D. (1999). Space‐time,‘science’and the relationship between physical geography and human geography. Transactions of the Institute of British Geographers, 24(3), 261-276.

Swaine and Laughland (2015). The County: the story of America’s deadliest police. The Guardian. 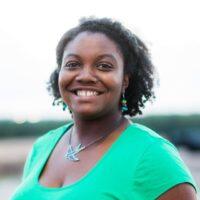 Tianna Bruno is a PhD Student in Geography at the University of Oregon studying the impacts of climate and environmental justice policy in marginalized communities proximal to industrial areas along the Gulf Coast. Before her summer with the Center on Race, Poverty, and the Environment, she spent most of her summers working with the Student Conservation Association as a community crewmember and crew leader. She has a passion for the environment, racial justice, and where the two meet. You can contact Tianna at tbruno@uoregon.edu.