Working Behind the Scenes: The Small but Necessary Projects for Advancing an Organizational Mission

In early August, nearing the conclusion of my summer fellowship experience with the Virginia Environmental Justice Collaborative (VEJC), I scheduled the last of my two informational interviews with Quan Williams. Quan is currently the Civic Engagement Coordinator at the Virginia Interfaith Center for Public Policy however she also has a Master’s degree in Urban Planning and Policy and was an integral figure to the conception and early start-up phase of the VEJC. For these reasons, I thought she would be the perfect person to talk to as I was trying to grapple with exactly what my various summer work experiences meant not just for myself but towards advancing the mission of the VEJC. Although I did not have one set project that I had devoted myself to working on, Quan explained how all of the smaller projects that I had done, while not eye-catching, was the type of behind the scenes work that was essential to and integral for a non-profit organization on the operational side. It was at this point that I was able to reflect on all that I had done over the previous three months. 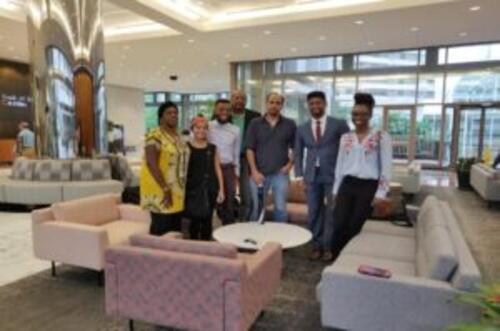 I had developed a policy memo on developing tactics to strengthen Virginia’s policy on testing lead in public school’s drinking water facilities. I wrote and placed an op-ed in the Virginia Mercury calling Governor Ralph Northam to task for his administration’s tepid efforts in translating environmental justice orders into action. I had written public testimony for and attended several public hearings while representing the VEJC. I spearheaded an update of the organization’s website, helping to better document their triumphs whilst also making the site a more user-friendly one. And I had gained valuable experience in the grant-writing process, having assisted on a $25,000 grant that the VEJC received from Dietel & Partners. I also worked on a  solar resilience hub proposal in an economically depressed neighborhood in Petersburg, VA for the Institute of Sustainable Communities (ISC) Partnership for Resilient Communities, a highly competitive pool of funding. After my departure, I found out that VEJC in fact had received a $25,000 grant for the initial six-month planning phase from ISC, with my name listed as a member of the proposal partner team.

It dawned on me that although I did not have the long and extended policy document that I thought I would when I started in May, the work that I was able to do on behalf of the VEJC was deeply meaningful. I learned a lot about the challenges of working within a coalition, the meticulous process of writing grants and the realities of working to advance impactful environmental legislation at the state level. I left in mid-August with a slew of refined skills and experiences that had enhanced my personal and professional development. And most importantly, the work that I undertook during my three months proved invaluable towards advancing the mission of the VEJC and fighting for environmental justice in the state of Virginia. 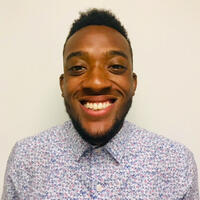 Kamari Durley is an MA candidate in the Urban and Environmental Policy and Planning program at Tufts University. He graduated from the University of Miami with a B.A. in Ecosystem Science & Policy. Kamari grew up in the Chicagoland area where he developed a strong interest in the planning and policy decisions that created the present-day conditions in the city. This experience greatly influenced his research interests which are grounded in the development and financing of affordable, environmentally sustainable housing, especially in the nation’s most vulnerable urban communities.